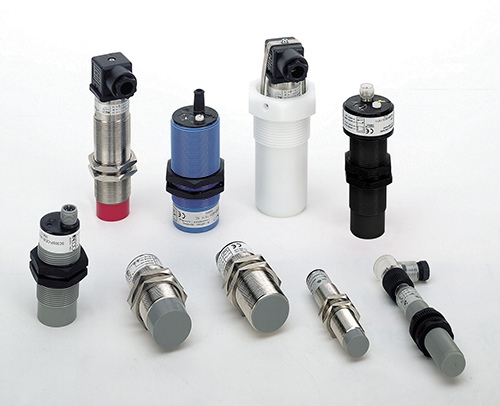 In order for an electronic circuit or system to perform any useful task or function it needs to be able to communicate with the “real world” whether this is by reading an input signal from an “ON/OFF” switch or by activating some form of output device to illuminate a single light.

In other words, an Electronic System or circuit must be able to “do” something and Sensors and Transducers are the perfect components for doing this.

There are many different types of sensors and transducers, both analogue and digital and input and output available to choose from. The type of input or output transducer being used, really depends upon the type of signal or process being “Sensed” or “Controlled” but we can define a sensor and transducers as devices that converts one physical quantity into another.

Devices which perform an “Input” function are commonly called Sensors because they “sense” a physical change in some characteristic that changes in response to some excitation, for example heat or force and covert that into an electrical signal. Devices which perform an “Output” function are generally called Actuators and are used to control some external device, for example movement or sound.

Electrical Transducers are used to convert energy of one kind into energy of another kind, so for example, a microphone (input device) converts sound waves into electrical signals for the amplifier to amplify (a process), and a loudspeaker (output device) converts these electrical signals back into sound waves and an example of this type of simple Input/Output (I/O) system is given below.

There are many different types of sensors and transducers available in the marketplace, and the choice of which one to use really depends upon the quantity being measured or controlled, with the more common types given in the table below.

Input type transducers or sensors, produce a voltage or signal output response which is proportional to the change in the quantity that they are measuring (the stimulus). The type or amount of the output signal depends upon the type of sensor being used. But generally, all types of sensors can be classed as two kinds, either Passive Sensors or Active Sensors.

Generally, active sensors require an external power supply to operate, called an excitation signal which is used by the sensor to produce the output signal. Active sensors are self-generating devices because their own properties change in response to an external effect producing for example, an output voltage of 1 to 10v DC or an output current such as 4 to 20mA DC. Active sensors can also produce signal amplification.

A good example of an active sensor is an LVDT sensor or a strain gauge. Strain gauges are pressure-sensitive resistive bridge networks that are external biased (excitation signal) in such a way as to produce an output voltage in proportion to the amount of force and/or strain being applied to the sensor.

Unlike an active sensor, a passive sensor does not need any additional power source or excitation voltage. Instead a passive sensor generates an output signal in response to some external stimulus. For example, a thermocouple which generates its own voltage output when exposed to heat. Then passive sensors are direct sensors which change their physical properties, such as resistance, capacitance or inductance etc.

But as well as analogue sensors, Digital Sensors produce a discrete output representing a binary number or digit such as a logic level “0” or a logic level “1”.

Analogue Sensors produce a continuous output signal or voltage which is generally proportional to the quantity being measured. Physical quantities such as Temperature, Speed, Pressure, Displacement, Strain etc are all analogue quantities as they tend to be continuous in nature. For example, the temperature of a liquid can be measured using a thermometer or thermocouple which continuously responds to temperature changes as the liquid is heated up or cooled down.

Analogue sensors tend to produce output signals that are changing smoothly and continuously over time. These signals tend to be very small in value from a few mico-volts (uV) to several milli-volts (mV), so some form of amplification is required.

Then circuits which measure analogue signals usually have a slow response and/or low accuracy. Also analogue signals can be easily converted into digital type signals for use in micro-controller systems by the use of analogue-to-digital converters, or ADC’s.

As its name implies, Digital Sensors produce a discrete digital output signals or voltages that are a digital representation of the quantity being measured. Digital sensors produce a Binary output signal in the form of a logic “1” or a logic “0”, (“ON” or “OFF”). This means then that a digital signal only produces discrete (non-continuous) values which may be outputted as a single “bit”, (serial transmission) or by combining the bits to produce a single “byte” output (parallel transmission).

In our simple example above, the speed of the rotating shaft is measured by using a digital LED/Opto-detector sensor. The disc which is fixed to a rotating shaft (for example, from a motor or robot wheels), has a number of transparent slots within its design. As the disc rotates with the speed of the shaft, each slot passes by the sensor in turn producing an output pulse representing a logic “1” or logic “0” level.

These pulses are sent to a register of counter and finally to an output display to show the speed or revolutions of the shaft. By increasing the number of slots or “windows” within the disc more output pulses can be produced for each revolution of the shaft. The advantage of this is that a greater resolution and accuracy is achieved as fractions of a revolution can be detected. Then this type of sensor arrangement could also be used for positional control with one of the discs slots representing a reference position.

Compared to analogue signals, digital signals or quantities have very high accuracies and can be both measured and “sampled” at a very high clock speed. The accuracy of the digital signal is proportional to the number of bits used to represent the measured quantity. For example, using a processor of 8 bits, will produce an accuracy of 0.390% (1 part in 256). While using a processor of 16 bits gives an accuracy of 0.0015%, (1 part in 65,536) or 260 times more accurate. This accuracy can be maintained as digital quantities are manipulated and processed very rapidly, millions of times faster than analogue signals.

In most cases, sensors and more specifically analogue sensors generally require an external power supply and some form of additional amplification or filtering of the signal in order to produce a suitable electrical signal which is capable of being measured or used. One very good way of achieving both amplification and filtering within a single circuit is to use Operational Amplifiers as seen before.

As we saw in the Operational Amplifier tutorial, op-amps can be used to provide amplification of signals when connected in either inverting or non-inverting configurations.

The very small analogue signal voltages produced by a sensor such as a few milli-volts or even pico-volts can be amplified many times over by a simple op-amp circuit to produce a much larger voltage signal of say 5v or 5mA that can then be used as an input signal to a microprocessor or analogue-to-digital based system.

Then amplification is part of signal conditioning. So when using analogue sensors, generally some form of amplification (Gain), impedance matching, isolation between the input and output or perhaps filtering (frequency selection) may be required before the signal can be used and this is conveniently performed by Operational Amplifiers.

Also, when measuring very small physical changes the output signal of a sensor can become “contaminated” with unwanted signals or voltages that prevent the actual signal required from being measured correctly. These unwanted signals are called “Noise“. This Noise or Interference can be either greatly reduced or even eliminated by using signal conditioning or filtering techniques as we discussed in the Active Filtertutorial.

By using either a Low Pass, or a High Pass or even Band Pass filter the “bandwidth” of the noise can be reduced to leave just the output signal required. For example, many types of inputs from switches, keyboards or manual controls are not capable of changing state rapidly and so low-pass filter can be used. When the interference is at a particular frequency, for example mains frequency, narrow band reject or Notch filters can be used to produce frequency selective filters.

Were some random noise still remains after filtering it may be necessary to take several samples and then average them to give the final value so increasing the signal-to-noise ratio. Either way, both amplification and filtering play an important role in interfacing both sensors and transducers to microprocessor and electronics based systems in “real world” conditions.

In the next tutorial about Sensors, we will look at Positional Sensors which measure the position and/or displacement of physical objects meaning the movement from one position to another for a specific distance or angle.